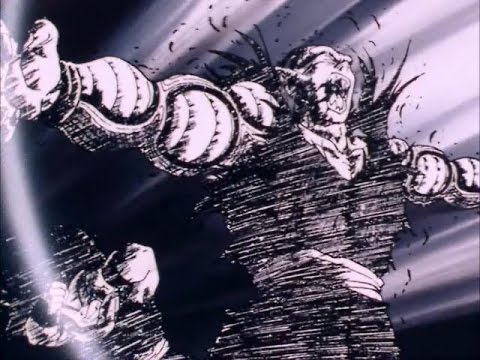 So I’m not changing the name. 😛

Dring teleports up to the roof to where Parlay is hanging out.

Yes, that’s what they’re for! Because Parlay is standing inside a roller skating rink that can fly around in the sky! It’s just sitting on the roof now.

And no, it isn’t inflatable. I’ll be sure to clarify in the description.

Now Dring cries to Parlay about how the model, Error, was demolished.

It WAS his only job! What’s going on here, Dring!? Don’t tell me you were gawking at Mean in the previous chapter while she was flying around in your hex door trap! For shame! I might have to write out your voyeuristic actions in that chapter so EVERYone knows what you did!

Parlay praises Dring anyway, despite all his whining.

No, Kim. I will NEVER explain it. Not until Abandonment Party 3: The Wonder Mark.

Only joking. The city was marked so that a massive hex door could be opened in the sky to connect the two planets.

“The King?” You mean Elvis lives, and he’s in my book? No, this is King, the inventor of the hex doors. Tome AND Vornis go on about King many times in previous chapters. I mean, I gave King a cliche name so you’d remember him. Matt remembers him. Don’t you, Matt?

The hall? I see you need a lesson on what makes a name cool. I’ll write it up at the top of the post, so it will be easy for everyone in the world to find.

As the hall forms, a pentagon appears, then a flickering five-pointed star inside it, then ANOTHER pentagon inside the star.

Kim was confused here because the lines were flickering. She thought the hall was being sabotaged or something. Maybe I’ll take that part out.

But the five-pointed star DOES form a pentagon when the lines cross each other. Not sure why it isn’t working for you. Maybe I should put it on the book cover. It looks so cool already, though.

Now the hall is open, and Parlay can see Jesice above him.

It’s more like Parlay is just repeating what he’s been told about Jesice from Tyle and Dring. I might change it, now that you mentioned that it sounds weird. And the shock is from the sudden clash of two air pressure zones colliding. The side of the hall on Jesice is way higher than the side above Hardpan.

The air is rushing from a low pressure zone to a higher one, so there’s wind rushing over everything.

You got me, Kim. I can’t hide my excitement for Bon Jovi any longer:

Parlay starts to sing along:

There it is! The tall mesa; city at its side.

Sometimes I sleep, sometimes it’s not for days;

The people that I meet always go their separate ways.

Then Parlay jams on his guitar as the wind whips his hair. We see a black and white flashback with Dring sobbing as he plods down the building’s stairway. Cut to Tyle dead on the bottom floor of the building. Trisk is backup vocalist. Vornis is on drums.

Vornis and Darrow are outside the city now with Trisk. No one is playing drums or singing.

Yeah you’re probably right, since the outer array for the hall is miles long, too. If anything they should see the lines first, then have the lines lead them to the center where the portal part is.

Now everything starts to shake as the city lifts off.

Hey! We’ve got cities in the sky, magical laser beams, and rock stars all over the place. Anything NORMAL at this point is out of the ordinary and MUST be pointed out.

Parlay starts shouting commands for the city to lift off and fly away.

I’d like to point out that I did NOT go over this chapter before sending it to Kim. Or any of the other chapters after this. We have quite a bit of hilarious confusion to look forward to.

I’m sure you figured it out but I’ll tell you anyway: The balance motivators keep the foundation of the city stable and upright. Then the soil beneath and around the city is broken up and launched away. Now the city levitates straight up into the sky toward the hall.

Vornis tries to jump onto the city before it flies away, but falls short. Kim was a bit confused here and thought he was trying to catch Darrow’s shirt as it blew away. Pretty funny, Kim.

Missed opportunity? I can still make it happen! Stop being so glum, Kim. I know this chapter seems insane, but creating fun from chaos is my specialty!

The city flies away. The wind that tore off Darrow’s shirt was from the vacuum created as the soil was ejected. And since the city is moving upward, air is moving around the entire thing. It’s science.

Okay maybe they SHOULD push the car a bit further back. That’s tons of dirt, not mere flecks!

Now the lords ley at Ley Ledge see the hall in the sky.

Whoops, I meant to say that the new sky IS the yellow landscape of Overland as seen through the hall. They can’t see the sky from the other planet since the hall is pointed at the ground.

Or maybe the lords ley DON’T see it? Lord Ley Prayler is trying to escape the falling city, but Lickwolf acts like he didn’t even notice what’s going on.

I’m not sure why he’s acting like that; Lickwolf should have noticed the hall. And he should have confidence in the Jesian military. They couldn’t stop a little robot, but I’m sure they’ve got this under control!

The lords ley DO look down the side of the cliff for some reason.

But how would they evacuate? Jump? Other than air travel, the only ways down are by elevators and very long stairways. People could flee to the interior of the cliff, too. But all of this would take a very long time, and these poor saps on the rooftops know it.

Oh, NOW Lord Ley Vail notices the hall and falling city. He just needed a rooftop full of people to scream at him.

Not sure what you mean about not being able to see the shadow. The sun is hitting it at angle. I guess I need to specifically say that it isn’t noon? The shadow should NOT be an oval, however. It should be like a black smear across the plains.

At the end of the chapter Dring is horrified by what’s happening. He shouts “I thought I knew you!” as he runs away from Parlay.

Uh oh, another ending chapter line that’s open for interpretation. Maybe that could be my trademark. Kim ends her chapters with cliffhangers; I’ll end them with vague mystery quotes.

However, my friend Matt SHOULD know what Parlay means here. Only because he’s read further than you have, Kim. I’m not saying he’s more in touch with fictitious characters’ feelings. 😉