Three chapters remain, plus the epilogue. Let’s do this.

Tecker and Hatchel see the hall in the sky that Error made. They call for the lord ley express jet so they can fly up and close the portal between worlds.

Mean and Parlay battle inside the cage as it flies away from Hardpan and towards the hall. Parlay reveals an amulet that houses vein, a magic-nullifying organism. The gelatinous substance reacts to his command: forming pillars, crossbows, and sharp projectiles. Mean busts out a hidden talent of her own and flies around the cage to dodge Parlay’s attacks. If she can damage him enough, his static magic will fail; but she can’t let him directly touch her or she’ll be at his mercy.

The chapter ends with Mean ensnared in a vein web and Parlay’s hand around her throat.

Will this be enough to impress Kim? I think you already know the answer to that….

For the first time ever, Kim decides to comment on the chapter title.

Close. The whole reason for the entire BOOK was to have a flying cage match. After all, I imagined the concept for this scene back in high school! That’s how I write. I think of the thrilling finale first, then work backwards to figure out how it all happens.

Tecker has called for an express jet from Ley Ledge. He’s going to fly up to the hall with Hatchel so they can close the breach.

Yeah, who knew, right? Tecker figured he’d need a pilot’s licence if he ever wanted to make it into the space program. I’ll just have him mention it in the chapter.

The pilot that flew the plane down tells Tecker why he chose to respond to the request.

I was thinking it’s more of a choice. The pilots MUST obey the summon from a Lord Ley. But if a pilot receives two calls, they can choose which person to prioritize. I’ll change the dialog to make this more clear.

Hatchel and Tecker get into the express jet after the pilot leaves. I’m not really sure where that pilot is going, now that I think of it. It’s not like they can pick him back up after they collapse the hall, ha,ha.

They can’t see the falling city from the angle they’re viewing it from on the ground. And Hatchel would want to close up the hall regardless of where it leads. He knows that massive patterns like the hall attract Hellzoo, which he hints at near the end of the scene.

I don’t see any mention of Hatchel mentioning that he CAN destroy the hall, though. Oops.

Back in the cage, Parlay removes one of his necklaces and holds it out to Mean.

Mean just got a magic bracelet from Vornis, so maybe she thinks Parlay’s jewelry has some sort of power, too? But you’re probably right: you wrote a second note here telling me to put her backwards jump after it bulges. That would give her a reason to react. No need for her to back-step twice. Or… three times I see, reading further. Ha,ha.

The vein pops out of the amulet and starts to grow.

Uh oh. I forgot to tell you that its mass was growing? I guess it’s time for more bulging and flexing outward…

As the vein bulges and flexes, Mean recoils in disgust.

Kim, I know you love these sorts of adjectives, but they’re not for everyone.

And Flubber doesn’t exist in this fantasy world! Without Robin Williams’ charm to put the world at ease, everyone would cringe in disgust before gooey, pulsating vein! 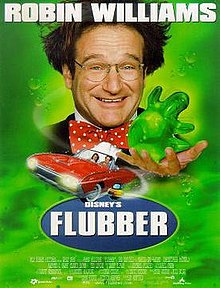 A shame he’s dead. He would have made a good Parlay.

I talked to Kim about this and came up with a better reason for Mean to be apprehensive: She’s been traumatized since her incident with the odd water, so anything blob-like and moving would sicken her.

In the next book I touch on this anyway, so I might as well start the character development now.

But I do want to keep Parlay’s lines the same. Past Parlay was very insecure.

Mean uses her magic to take Parlay’s remote. She can’t use it, so Parlay mocks her.

Parlay is referring to the government farewell party at the beginning of the book. What, you forgot about the prologue already!? Mean served Parlay a drink and told him how to use the magical kegs as if he didn’t know anything about magic. Parlay was playing dumb, though, so he’s just being a jerk about it now. I guess it’s a BIT too far back, even for people reading the book straight through.

Mean finally decides it’s time to reveal that she can fly.

It’s polished wood, Kim! Did I not mention that? I hate scuff marks on my clean floor.

No, I’m just being stupid here. Not sure why I put that in.

Mean knocks Parlay from the vein pillar in the center of the cage.

Hey! You know I had to clean up after kids at the daycare for years! Stains and messes are serious business for me! So when the battles in the book get serious, I add stains! What, it isn’t that way for everyone?

Sorry, I don’t think I’ve explained this in the book at all: Parlay does know magic spells, but he can’t use them while he keeps his body static. That’s why he’s weaponized plants and vein to fight for him. I guess Mean can drop that exposition during the fight, since she knows that Trisk is bound by the same restriction.

Mean tosses Parlay into a wall.

Sigh. Don’t remind me. There are so many legends of stage and film, taken from this world before they had a chance to play a part in the inevitable Abandonment Party movie.

Parlay takes a cord off his vest, because most vests have cords.

Oh dear. You just don’t have much luck with this sort of thing, Kim. I suppose I’ll have to do all your work for you again. It’s such a hassle, searching for cute girls wearing vests: 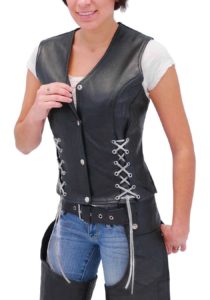 See? Cords all over the place. In the vest’s description the cords are called ‘laces’ as in shoelaces. They’re usually on the sides, or sometimes the front is held together by them instead of buttons. Parlay uses stronger material, which is why I called them ‘cords’ in the book. I’ll improve the description so you know exactly where the cord is coming from.

Parlay uses he cord with the vein to make a mini crossbow. He fires vein bolts at Mean.

Isn’t this the part where Parlay is trying to get Mean into a certain position so that his vein can grab her from the ceiling? The reader is supposed to feel at ease so then the trap is unexpected. I guess you fell for it too. 😉

This part COULD use some more improvements, though. I mean, Mackaba was also firing little spears at Mean earlier in the book. I should change Parlay’s projectiles into balls. Vein balls. Yeah that sounds okay. Nothing weird there. And Mean could get hit with one, too, like you suggested. Cause a nasty welt to slow her down.

Oh, yeah, this is that part. Parlay’s vein drops from the ceiling and catches Mean.

Do you seriously want Parlay to say ‘flying persons?’ C’mon. -_-

And I’m going to disagree with you on being able to see the vein on the top of the cage. Mean is dodging Parlay’s shots, so she has to stay focused on him. And when people are focused it’s very easy to lose sight of anything happening in their peripheral vision.

But hey, you’ve actually had martial arts experience so feel free to disagree with me. Comments are right down there. C’mon. Don’t let the book end without making a SINGLE comment on the blog to argue your points of view.

Either way, only a few chapters left! See you next time!