Zounds! I’m back! My friend Matt told me my blog was getting stale, so of course I ignored him for three months before doing anything. But the time has come to post here again!

Now, don’t assume I’ve been doing nothing. I have been working on the third draft of Abandonment Party 2: Beyond the Abandoned Party (Working title subject to change.) I’m on the last chapter, even! Unfortunately, the changes I made to the draft weren’t quite “blog-worthy” as it were. Swap a word here; move a sentence there–super uninteresting discussion-wise. So let’s talk about the new Castlevania Netflix show instead! 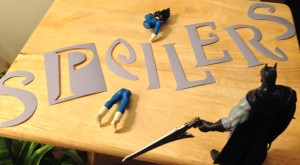 Castlevania is a game series that started on the NES. It featured Simon Belmont, a vampire hunter. He whipped his way through various stages of Dracula’s haunted castle, tossing knives and holy water all over the place on the way. I hate to admit this, but I never finished the game. I killed mummies, bats, Death, and even a zombie but not one vampire! This stain on my record shames me to this day. Don’t fret: I conquered Castlevania 2 and 3, and this new show seems to be based off the latter one.

So how does it hold up? Let me put it to you like this: I had two reactions to everything.

Reaction 1: Zzzzzzz. Why are we wasting time in this bar? Who cares if these priests are shady. Why are we spending time whipping normal humans in alleys when Dracula’s mechanical fortress is RIGHT OVER THERE!?

Reaction 2: Yeah-yeah-yeah-YEAH! Did you SEE THAT!? Just like in– YES! Slam that cyclops’ face in! Toss that axe! Whoa! Are Trevor, Alucard, AND Sypha all having an epic smackdown right on my TV screen!? OH BABY!

So there you have it. Either precious time is being squandered on “villager drama,” or scenes straight out of the games are being animated in gorgeous detail before your very eyes.

And while the good scenes are great, unfortunately, the action is NOT backed up by game music. Oh, you forgot what the games sound like? Take a listen to these guys playing songs from Castlevania 4:

What’s scary is that the in-game track sounds almost as good as that orchestra! And yet there is NOTHING like this used in the show. I don’t even remember what they used. Not pipe organs, I can tell you that. A major disappointment.

And as long as I’m talking about bad things, yes, there is too much swearing for my taste. Although most of the vulgarity seems to be contained to bar-goers and Trevor; Alucard and Sypha are more “proper” with their speech. This could be a good contrast between the characters, now that I think about it. Trevor doesn’t join up with the others until the final episode, so I only got a little taste of the group dynamic.

Another thing I found interesting is the use of Christianity: there are characters that both pervert the religion and characters that uphold it. Or at least uphold it enough so that their holy water vaporizes monsters. Usually stories have been shying away from using real-world religions so I found it strange. Then again Sypha is from an order of fictional magic-wielding monks called the “seers” so the show has things both ways l guess!

So there you have it: an inconsistent four episodes of both whip-swinging excitement and procrastinating boredom! But come on, what else where you going to watch on Netflix tonight? Saved by the Bell?